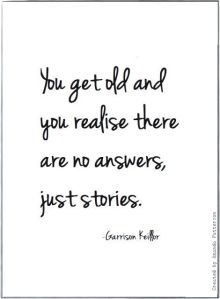 The shoes made me cry. Three times we’ve visited the Holocaust Museum in Washington, DC since 2007, and the first time we were there a pile of shoes broke my heart — shoes of some of the people who were killed in the concentration camps. I found myself wondering where the feet that filled the shoes might have gone had they been allowed to walk out of that camp and into the rest of their life.

I suppose Bilbo’s comment from Tolkien’s Fellowship of the Ring was on my mind the first time I saw them: “It’s a dangerous business, Frodo, going out your door. You step onto the road, and if you don’t keep your feet, there’s no knowing where you might be swept off to.”

The owners of these shoes had not been allowed to keep their feet. What adventures did they miss? Whose thresholds did they never cross? How many weddings would they have danced at? What grandchildren could they have run through a park with? Whose feet would they have tickled under the covers snug in their beds at night? So many things went through my head all at once that first time that I became overloaded. I stood there in the middle of hundreds of local kids on their last field trip of the school year, and cried like a baby. My heart grieved not only for all the life that should have filled those shoes, but also for the junior high and high schoolers who roamed the exhibits bored out of their minds, far too young to understand such great loss. I hoped someday they would.

Continuing on from that exhibit, eventually you come to an area where people have recorded their experiences of World War II, their lives before and after. If you sit down with headphones and listen to their voices, you realize very quickly that none of us are just people, we’re stories unfolding and we need to learn how to READ each others’ tales. Sitting there that day, I felt the loss of my mom very deeply.

She wasn’t German, Jewish, or ever in a concentration camp. She was born and raised in Ohio where she had a disastrous first marriage that left her bitter toward the world and struggling to hold a second marriage together. She didn’t trust easily. She wouldn’t share even childhood memories. When asked, she’d say there was nothing good to tell you about. She could be difficult, and the sad truth was we never seemed to be on the same page. She passed away in 1998 without ever telling my sister, brother, and me her story. We feel we didn’t know her at all.

I remembered finding her at home having died peacefully in her sleep – a grace for someone who had suffered much emotionally in life. I didn’t cry at first. I was immensely grateful that she hadn’t lain on a floor somewhere and suffered all night. But then I walked into the bathroom and saw her tennis shoes sitting by the clothes hamper, neatly arranged to be put back on the next morning, and I lost it. I sat on the toilet and sobbed.

I wonder if shoes can have “souls” apart from their soles. Can they grieve the loss of the ones who had worn them? I have this strange desire to know if folks are normally buried with shoes on, ready to walk into the new adventures of the next life, whatever that may be. Silly, I know, but I’ve grown fanciful playing with words. I think it’s given me a sense of what Garrison Keillor’s quote means. It’s a rare privilege to know a person’s story from beginning to end; but if not, we can read what’s already been written. And if we pay attention, we can’t help but get to know them better. One of my greatest regrets in life is that I never knew how to “read” my mom.

There was just something
oddly poignant about them,
arranged so carefully as they were.
Not kicked off or tossed aside
haphazardly as if she didn’t care,
but set side by side with the day’s socks
stuffed lightly down inside.

Which was unlike her really,
for normally she would have
put the socks in the dirty
clothes hamper only an arm’s
length away from the commode.

It made me wonder if she knew
she would have no more need of them.
And yet to leave the shoes that way,
ready for the next day’s adventure…

All these years later I can still
see them sitting there by the tub
as the shock of finding her gone
was finally beginning to settle in.

How strange it is that of all
the things that can bring her
back to me, it is the memory
of her canvas shoes waiting
to be put on again that can
totally undo my heart.

Perhaps in some way
part of me is still
waiting for her, too.