Yesterday John (if I may call you that, friend) over at Stories in the Struggle responded to a Russell J. Fellows free-write challenge. The challenge Fellows posed was to write about the one person who had impacted his life the most (positively or negatively). John felt as if he strayed from the parameters given, but his post was terrific. So I decided to give it a shot and found I, too, didn’t play by the rules! Like them, I gave myself a time limit of five minutes, but actually ended up at 7:22. I was very surprised at what I wrote.

As I’ve thought about who it is that’s affected me most in my life, I’ve realized it wasn’t someone else at all, it was me. I’m the one who made personal vows to myself when I was young that I would or wouldn’t do this or that, and try as I have to dismiss them as childish foolishness, they’ve become something of a sacred cow in my life. Two of those vows in particular have stayed with me from childhood.

The first was that I would NOT work when my kids were young and in elementary school. I didn’t want them to be latch-key kids like I was. I wanted for them what I felt I needed for me, to have someone there to be happy to see me when I got home, someone to share my day with, good or bad.

Second, I was often upset by my parents’ relationship, and I swore that I would not treat my husband the way my mother had treated my father. (This, naturally, backfired on me. When you’re young you just don’t understand the whole picture. Some things are not always what they seem. So while I busted my keister to wait on my hubby hand and foot, I ended up doing myself AND him a very grave disservice.) 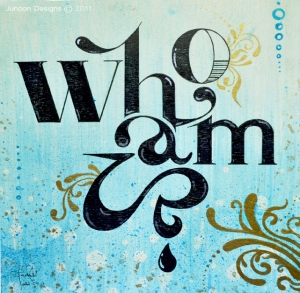 The point is, these two vows I made to myself followed me all the way to adulthood. And in all seriousness they no doubt affected probably every important decision I ever made in my life. The result was I was not free to explore WHO I was, WHERE I wanted to go, or WHAT I wanted to do with my life because these two rules (for that’s what they became) always came first. My life was forced to fit in these parameters. And though I’ve known many people over the years who have gone out of their way to encourage and motivate me to move beyond my self imposed compound, I found those rules to be unbreakable. To ignore them, I felt, would have been to betray my own self.

No one has been able to help me move beyond those walls, and no one could have contrived to screw my life up more than I did! But thankfully, after 64 years, I’m beginning to feel a shift in the ground beneath my feet. ‘Bout damn time! 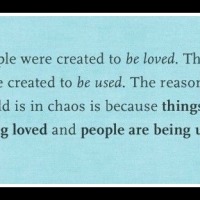