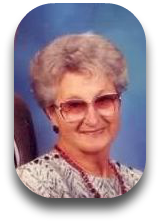 If I could pick one person to be commemorated on a day dedicated to him/her alone, I would choose my mom.

Now those of you who know me a bit probably may be scratching your head as you have figured out by now I didn’t have the best relationship with my mom. For one thing, we were too bloomin’ much alike. For another, she was such a private person she would never share anything about her life before us or about herself in any regard, so we just plain didn’t understand her. Her stock response, even as she got older, was there was nothing good to tell. She had a rough childhood and a bad first marriage. So to us mom was just what she was. An unhappy, neglected wife (though it took me years to figure that out), a dutiful though somewhat distant mother, a hard worker (she worked for the Defense Depot in Ogden), and a very quixotic friend.

Actually she was a very quixotic person, period, which was part of my problem with her. One minute she’d be fine, the next minute pitching a fit about God knows what. She was also, despite her being held in such high regard at work, a very shy person. THAT part I DID figure out not long before she passed away.

When my dad passed, she was lost. Though their relationship was stormy, I think part of it was just the way they loved each other. I know, that makes no sense. I didn’t begin to understand my mom until years after she was gone. Took an act of Tolkien (you thought I was going to say God, didn’t you — well I suppose God had a hand in it, too, who else would have moved me to see The Fellowship of the Rings 43 times…) for me to be able to move past the hurts of our relationship and put things in perspective. And when that happened, I began to understand MYSELF a whole lot better, too.

There have been many times over the years I thought it would be great to just jump ship and take off on my own for a while. I’m pretty sure my mom felt that way a lot, too, as unhappy as she was. But there was one thing that always stuck in my mind about her. Despite her misery (some of it her own making, some of it not) she never left us. Oh, she threatened to a few times, but she didn’t. She was always there. That’s not to say it wasn’t miserable at times having her there, but she stayed. It was a choice she made.

And for that reason alone, because she gave up everything she ever wanted in her life to stay with a husband who was a philanderer and raise her kids, I think my mom deserves a day dedicated to her and all mothers who sacrifice so much of their lives to be there for their kids. Mom certainly didn’t have a great temperament, but she turned out to be a pretty darn good role model.

So despite how things were between us, I reckon you deserve a day all your own, mom. Wherever you are, I hope you can read this! I love you…

If you could pick one person to be commemorated on a day dedicated to him/her alone, who would you choose?