Dougie MacLean, (born 27 September 1954 in Dunblane) is a Scottish singer-songwriter, composer, multi-instrumentalist and record producer. Described by music critic Craig Harris in AllMusic as “one of Scotland’s premier singer-songwriters”, MacLean’s most famous pieces include “The Gael”, from his 1990 album The Search, which was adapted by Trevor Jones as the main theme to The Last of the Mohicans (1992); and “Caledonia”, from his first album. The latter has been covered by numerous popular singers and groups, and called Scotland’s unofficial national anthem. (From Wikipedia, the free encyclopedia.)

Trevor Alfred Charles Jones (born 23 March 1949) is a South African orchestral film score composer. Although not especially well known outside the film world, he has composed for numerous films and his music has been critically acclaimed for both its depth and emotion. (Two of my favorites are Nate & Hayes with Tommy Lee Jones, and Notting Hill with Julia Roberts and Hugh Grant.) (From Wikipedia, the free encyclopedia.)

The Last of the Mohicans 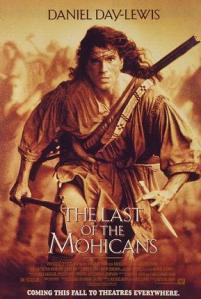 The Last of the Mohicans is a 1992 American historical drama, set in 1757 during the French and Indian War. It was directed byMichael Mann and based on James Fenimore Cooper’s novel of the same name and George B. Seitz’s 1936 film adaptation, owing more to the latter than the novel. The film stars Daniel Day-Lewis, Madeleine Stowe, and Jodhi May, with Russell Means, Wes Studi,Eric Schweig, and Steven Waddington in supporting roles. It was produced by Morgan Creek Pictures.

The soundtrack features music by Trevor Jones and Randy Edelman, and the song “I Will Find You” by Clannad. The main theme of the film is taken from the tune “The Gael” by Scottish singer-songwriter Dougie MacLean. Released on September 25, 1992, in the United States, The Last of the Mohicans was met with nearly universal praise from critics as well as commercial success during its box-office run.(From Wikipedia, the free encyclopedia.)