Sitting at her desk, she sipped her coffee and pondered those first few weeks in her new Aithḗrian home. She had begun searching out a new home for her thoughts on October 16th. She’d had no clue what she was going to do. She’d been inhabiting two other abodes in the Aithḗrworld for quite some time.

One was a special place she retired to at the end of the day to record her progress on a very long story she was trying to write. Finding Farlandia was a beautiful little hamlet in Aithḗrworld. Buried in a valley surrounded by ferny woods, she would walk there in the evening and ponder the day’s words she had conjured. She felt revived and inspired as she wandered in the aithḗrian myst where it settled in the low-lying hollows of the valley.

So inspired was she, she had the idea to record her thoughts and feelings about writing somewhere else in the Aithḗrworld as well, where she could share them with others of like mind. And so she sought a larger dwelling higher up on the hill beyond Finding Farlandia where others might see her. There she found what seemed to be the perfect place for a sanctuary.

On the cusp of the ridge high above, she came across a wellspring much like, she fancied, Jacob would have had in Old Testament times. The air as well as the water was pure and clear and inviting. And as she stood there, her muse, the lócëpi (dragonfly), lighted on the walking stick she’d used on her climb. “What do you think?” she had asked Eärrámarë (Sea Wings). The dragonfly had flutter her wings as if all remained to be seen.

And so she had christian her new dwelling Wellsprings and Dragonfly Wings. But after nearly two years of recording her thoughts, she was still shy about sharing them with others. Wellsprings and Dragonfly Wings was lonely. And she had not anticipated how weary she would be from the walk up the mountain in the evenings, nor how the lack of aithḗrian myst left her feeling uninspired.

She would have given up then had it not been for the constant fluttering of Eärrámarë’s wings and her loneliness at being stuck in the real world without a means of getting around. (The change was already happening, though she was, as yet, unaware.) And so she tried once more.

Batting words and music here and there out of her way as she took the vine-covered path back to the valley, she made a wrong turn and ended up in a lovely little village filled with word houses of all kinds. People were scurrying around having conversations and fellowship. The myst wafted in and about the homes and the people, and for the first time in a long while she felt the spark of inspiration.

So there on the outskirts of the village WordPress, she spoke the necessary words and summoned the spell that would create her new home. It hadn’t occurred to her to wonder how she’d known to do that. (The change was settling on her.) One thing she did know, she needed a name for her word home, as ALL the word dwellings seemed to have names. But her choice of the village had been so random…

Yes, random, she thought. In the moment, off the cuff. And so she imagined Impromptu Promptlings & Peculiar Ponderings, for, indeed, she was beginning to find this whole little adventure peculiar! She was still at a loss as to know how to make THIS home different than Wellsprings and Dragonfly Wings had been. But the fates had not left her to fend for herself. She was about to meet her first friend in the village. And it was because of her she first realized Aithḗrworld was beginning to slip sideways into her real life and she, herself was changing! 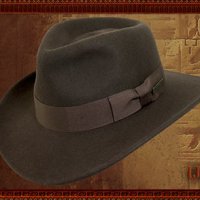 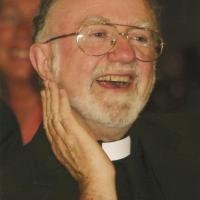 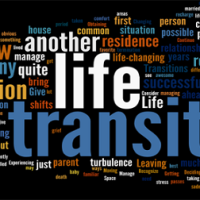