Exhausted by her dream, the Seeker had finally settled into a peaceful sleep. She woke refreshed and anxious to be off on her quest. But as she sat on the couch waiting for the bell to call all to break their fast, her thoughts wandered once again to her dream. 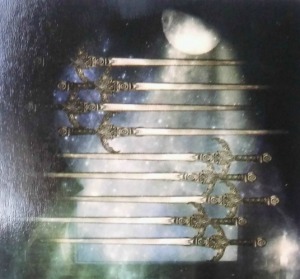 She had survived what she was sure had been a “Dark Night of the Soul.” She had learned about the experience in her personal reading in the temple library. She had read that people who experienced this spiritual malady often felt depressed with a malaise of the soul that felt like a sickness. Some, it seemed, even felt they were losing their mind. After one night beset by all her questioning, she believed it. She could not imagine living through a season of such confusion, her doubts and questions haunting her for years.

She remembered three important things from her reading. Dark Nights of the Soul provoked deep questions. Though explained as a moment of grace when the heavens opened a person’s spiritual life to new truths, often the important questions of what the Creator was doing were left unanswered — or even worse, unasked.

Dark Nights, she recalled, were both spiritual and of the mind. Melancholia usually accompanied an uncertainty of spiritual well-being. Had she been suffering from this melancholia in the temple? She had often felt closed in and unable to breathe, unsure of whether she knew the Creator at all. It had made her sad and driven her outside the temple building for relief and consolation. How long, she wondered, had she felt that way…

The other thing she remembered was Dark Nights provided opportunities for growth. If addressed properly the true question became not, “How do I fix this?”, but “What is here for me to learn?”

The Seeker recalled her first meeting with the Elder Sisters in the temple when she had informed them of her decision to leave. She had gotten the impression that struggles to believe were considered failure on the part of the initiate. All paths to the faith, they had implied, should be straight and smooth. But as hard as she tried, the peace she sought on her path was not to be found. That was when she decided she must leave, that she did not truly belong in the temple.

The candle on the table was burning low now. Low but steady. And in her heart the Seeker still felt the certainty of the night before that following the wands was her true path. A verse from the scrolls flitted through her heart as she watched the flickering but steady glow: Weeping may endure for a night, but joy cometh in the morning. Her path, she knew, would likely flicker like the candle flame, but she was no longer frightened of seeking answers to her questions. Her path would be illuminated by the Creator the way the candle had illuminated the darkness.

(The last three paragraphs have been moved to Part 12.) 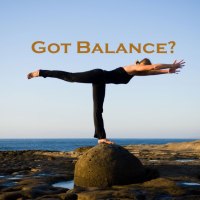