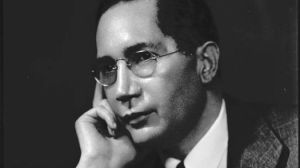 Sterling Brown was born in Washington, D.C., on May 1, 1901. He was educated at Dunbar High School and received a bachelor’s degree from Williams College. He studied the work of Ezra Pound and T. S. Eliot, but was more interested in the works of Amy Lowell, Edgar Lee Masters, Robert Frost and Carl Sandburg. In 1923, he earned a master’s degree from Harvard University and was employed as a teacher at the Virginia Seminary and College in Lynchburg until 1926. Three years later, Brown began teaching at Howard University and in 1932 his first book, Southern Road, was published.

His poetry was influenced by jazz, the blues, work songs and spirituals and, like Langston Hughes, Jean Toomer, Countee Cullen, and other black poets of the period, his writing expresses his concerns about race in America. Southern Road was well received by critics and Brown became part of the artistic tradition of the Harlem Renaissance, but with the arrival of the Depression, Brown could not find a publisher for his second book of verse. He turned to writing essays and focused on his career as a teacher at Howard, where he taught until his retirement in 1969. He finally published his second book of poetry, The Last Ride of Wild Bill, in 1975. Brown is known for his frank, unsentimental portraits of black people and their experiences, and the incorporation of African American folklore and contemporary idiom into his verse. He died in 1989 in Takoma Park, Maryland. (poets.org)

`
There is a section in the book I’m reading (Poems to Read: A New Favorite Poem Project Anthology) with poems about death. I’m not usually drawn to what I’d consider dark poetry, but this particular poem kind of intrigued me. It made me wonder if every person has a different image of how death will come for them. (I confess I look on Death as a story character more kindly these days having read The Book Thief by Markus Zusak.)

Death comes to some
Like a grizzled gangster
Clubbing in the night;
To some
Like an obstinate captain
Steadily besieging barriers;
To some like a brown adder
Lurking in violet-speckled underbrush;
To some
Like a gentle nurse
Taking their toys and stroking their hot brows.

Death will come to you, I think,
Like an old shrewd gardener
Culling his rarest blossom . . . .

Do YOU have a vision of what Death might be like when it comes for you? (I know. Weird question, huh? But fascinating!) 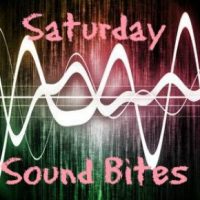