This past week brought so many instances of hatred and violence across our nation, from the many pipe bombs that were delivered to Donald Trump’s critics, to the eleven Jewish folks killed in the synagogue in Pennsylvania. Pipe bombs are still being intercepted, and people who have spoken out against Trump are anxious and fearful. And throughout the states Jewish communities were nervous about holding Shabbat services Friday night, wondering if their synagogue would be next?

In light of that, the Interfaith community of Ogden*** joined together to surround Congregation Brith Sholem’s synagogue during their worship so they could enjoy their service without fear. There were probably 40+ of us there.

But the interesting thing was — which often happens when you’re trying to be a blessing to someone — they didn’t want us standing outside the building. No… They wanted us to come inside and worship with them. So what we intended to be a blessing to their congregation became a blessing to us. You could feel the unity as we crammed everyone in their small synagogue, and as the leader cried saying they had no idea they had that many supporters/friends in Ogden.

My family had never been to a Jewish service before, and it was very beautiful. I was so impressed by how the walls separating our beliefs came tumbling down and we were all just creations of God.

And I will never forget what the speaker said at the end of his talk “We are all made of stardust!” The six most common elements of life on Earth (including more than 97 percent of the mass of a human body) are carbon, hydrogen, nitrogen, oxygen, sulphur and phosphorus. Those same elements are abundant at the center of our Milky Way galaxy.

What a beautiful thought! No wonder light fairly shines from so many people of all faiths or no faiths!

Did you know you were made of stardust? How does that make you feel?

It was a beautiful evening for us as we stood together as one during that service… I wish you all could have been there!

Interfaith Works is a coalition of faith communities, service agencies and charities that meets monthly to share information and create awareness of human needs in schools, businesses, special agencies and governments. Interfaith Works began in the fall of 1997 to provide a way for religious communities in our region to work together in service to the most vulnerable people in our region. The group seeks to develop and enhance interfaith communication across a wide range of belief systems, religious organizations and communities. The emphasis is on social need rather than faith beliefs or political stances. (Interfaith Works)

28 thoughts on “Standing in the Gap” 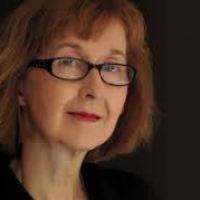