Well I think that one may have been a wee bit too easy! All you had to do was look up the date to find it. I loved Brigit’s comment that “he was a quirky guy.” Yes he was! And just who is HE? The answer is:

`
And what was the big coup he pulled off on February 9, 1964? He started the British music invasion in the US by bringing these guys to his show: 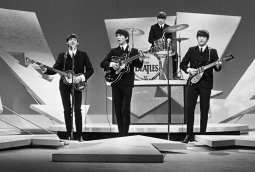 So! We’re off in a cloud of frog fuzz for Day 6 of the April A to Z Challenge!

It was the time of the last frontier when men still tried to eek a living from the open range and keep alive the traditions of the Old West. After being accused of breaking a window, a boy finds an adopted father, a surrogate mother, and a wild, four-footed critter that loved him for saving his life. Running from 1955 to 1960, this show finally went into syndication and ran through the 60’s and 70’s. And though the plots were simple and written to pert near the same formula every week, I loved it! Not bad for a half-hour, Saturday morning kids’ show! So what do you think? Can you… 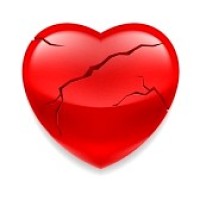