If you haven’t read the series, here are the links: 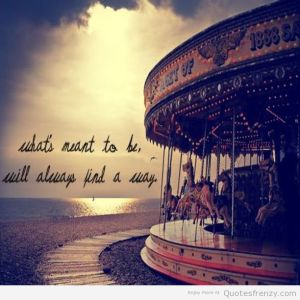 I wanted to do a little epilogue of sorts to the four-part series about our adoption experience. I’m a big believer in synchronicity and serendipity. As such, I’m always looking for signs of confirmation about things. I know — very superstitious, and likely very unhealthy!

Having said that, I do believe that everything in our lives happens for a reason. Whether you’re a follower of any kind of faith or not, or whether you just do your own thing, I think there is a thread that binds us all together in one beautiful pattern. To be sure, there are a lot of ugly threads in that pattern as well, but I believe that somewhere out there someone, something is working to bring harmony to this world.

My friend Eunice, who is 102, is so sick of living that she talks constantly of dying. For her 100th birthday I gave her a poem attached to a beautiful piece of cloth with one gold thread running through it. I told Eunice that thread was her life and that God wasn’t done “stitching her together” yet. The poem I attached was called The Weaver.

My life is but a weaving
Between my Lord and me.
I cannot choose the colors
He worketh steadily.

Ofttimes He weaveth sorrow,
And I in foolish pride
Forget He sees the upper
And I, the underside.

Not until the loom is silent
And the shuttles cease to fly
Shall God unroll the canvas
And explain the reason why.

The dark threads are as needful
In the Weaver’s skillful hand
As the threads of gold and silver
In the pattern He has planned.

He knows, He loves, He cares;
Nothing this truth can dim.
He gives the very best to those
Who leave the choice to Him.

I believe that’s true for all of us, that something beautiful is being made of our lives. And if we stop and take the time to look carefully, we may be lucky enough to recognize that gold thread and know we’ve stumbled on our destiny, the direction our pattern is taking.

I wrote yesterday about cleaning out my folks’ house when my mom died. One of the things we did was go through boxes and boxes of pictures, and I found one that confirmed for me that we had stumbled on the right path in choosing to pursue an international adoption. It’s a picture of me when I was three with my favorite baby doll. The doll itself was porcelain and I loved her dearly. So much so that I insisted on having her with me in a picture taken at J. C. Penneys.

Her name was Betsy. I might not have remembered her except that her demise was traumatic for me. The neighbor boy grabbed her out of my arms one day while we were playing, and dropped her on the sidewalk where she smashed in a hundred pieces. I can see that moment as if it were yesterday. It nearly broke my heart.

This is the picture I found of me and Betsy while going through those boxes, and all these years later it put to rest any doubts I had that I was meant to be mom to that beautiful little girl we adopted from another culture. 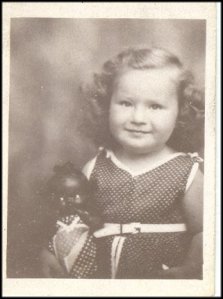 So I encourage you to LOOK for that gold thread in your life and see where it leads. If you do, you may be lucky enough to cross paths with other Seekers who are following their special threads, too. And if you do and you interact with each other, amazing things can surely happen! 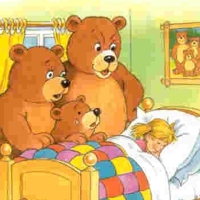